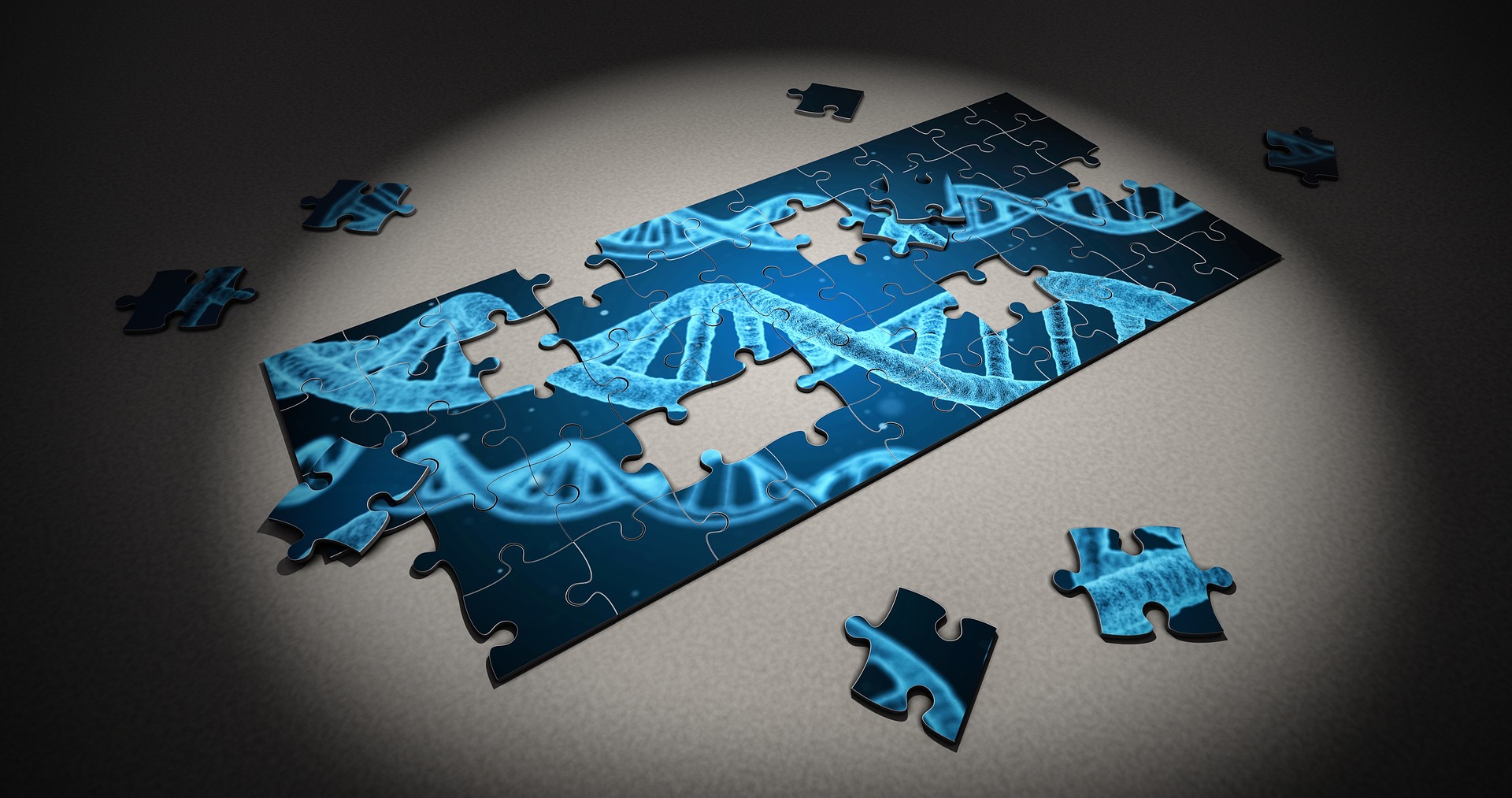 As those who work in plant pathology (or any field that utilises molecular biology) will be well aware, the tools available for detecting potential pests and pathogens are becoming increasingly powerful, with a rapid pace of development. Previously, analytical tools helped you to search for a specific target, whereas now they can present you with a list of thousands of organisms detected in a sample, some of which may be ‘identified’ as potential pests and diseases. While from a purely research perspective it is fascinating to be able to generate a more complete picture of what’s present in a sample, for those working in biosecurity it raises a very important question with serious implications for real-world activities: Can modern accurate diagnostics overpredict a problem, triggering an unnecessary control cascade?

In December 2020, the Plant Health Centre’s Science, Advisory and Response Team (SART) ran a workshop to explore the implications of the increasing power of diagnostics, the pathways by which results translate into meaningful responses, and the importance of caution so that detections that have not come from robust and specific diagnostic tests do not automatically generate negative impacts. The workshop also explored the ethics of detectability, when it is appropriate or not to be deploying detection tools, and the responsibilities of those screening for issues to the parties who own the plants being tested. Discussions were led by David Kenyon who gave an overview of changing technologies in plant pathology, and Sarah Green who talked through the considerations made by her research team in recent projects that aimed to discover which Phytophthora species were present in nurseries. David and Sarah have kindly summarised their presentations for this blog. We hope that their perspectives can serve as food for thought for projects that will produce data on the wide array of organisms that might be associated with plant (or environmental) samples, and lead to caution when considering the triggering of statutory actions and the subsequent interactions with the wider plant-based community.

As little as 30 years ago, diagnosis of plant diseases were based on the same traditional tools used in the previous century with initial diagnosis based on visual symptoms, often compared to descriptions or pictures in textbooks. This was followed by visual identification of the pest if you were an entomologist or nematologist or isolation and identification of the causal organism for microbiologists. It was certainly time consuming and required the skills of an experienced microbiologist to achieve a positive identification, which may have been supported by an ELISA assay or, later on, by a PCR assay for more commonly occurring organisms. While it was necessary for entomologists, nematologists and mycologists to spend days at the microscope to achieve a diagnosis, the process was somewhat more frustrating for bacteriologists and virologists where identification of novel diseases could take weeks, months or in some even cases years to achieve.

Since that time the advent of increasingly accessible next generation sequencing technologies, such as Illumina or MinION, have revolutionised plant disease diagnostics, facilitating culture free diagnosis where multiple targets can be identified quickly and simultaneously. Perhaps most importantly, diagnosticians now don’t need to know what the possible causal organisms are or even might be, which is significantly increasing the rate of novel findings. This is particularly true in the field of virology where over 100 new pathogens have been described in the last year alone. For example, a single Kenyan study of maize crops found viruses responsible for 14 known diseases and a further 34 possible viral pathogens. Such findings raised a number of plant health issues, as novel findings are not on quarantine lists and therefore unregulated. Do these new findings indicate a novel incursion or a previously undescribed established population? Such an outcome has significant bearings on the implications of the finding.

However, on the positive side, this technology provides significant benefits during disease outbreaks, with rapid species and strain identification improving our ability to manage outbreaks by facilitating faster trace back and route of entry identification. A recent excellent example of such diagnostics, although not on plants, is the identification and tracking of different variants of the SARS-CoV-2 virus, the causal agent of COVID-19.

Finally, it is vital to remember that interpretation of such data is only as good as the person analysing it and the database(s) they search their sequence data against. So, it is vital to maintain and enhance the connectivity between traditional taxonomists / pathologists and molecular biologists and ensure that we use all tools available to us in an objective manner.

Two research projects (Phyto-threats Global threats from Phytophthora spp. (PHYTO-THREATS) - Forest Research and ID-PHYT Early detection of Phytophthora in EU and third country nurseries and traded plants (ID-PHYT) | Zenodo) involve sampling plant nurseries for a genus of highly damaging plant pathogens known as Phytophthora in order to investigate Phytophthora species diversity in relation to plant host and management practice. Both projects aim to reduce the risk of spread of these pathogens in trade by identifying high risk hosts and management practices that can be targeted in a nursery certification scheme. The detection method used in both projects is called ‘metabarcoding’, an incredibly powerful and highly sensitive method which, in this case, looks for DNA signatures of each species in nursery water and plant root samples. Some Phytophthora species are quarantine-regulated due to the risk they pose to agriculture, horticulture and forestry, and any finding of these regulated pathogens on a nursery means strict actions taken to destroy affected plants, resulting in economic losses for the nursery as well as potential damage to the reputation of the business. However, neither project could commence without the willingness of partner nurseries to allow science teams access to their premises with the primary aim of hunting for Phytophthora!

So, before each research project started, two key considerations were discussed with partner nurseries; i) ensuring nursery anonymity when presenting data to wider audiences and ii) being upfront about what would happen in the event of a quarantine regulated Phytophthora being detected since this would need to be reported to the Plant Health authority, potentially resulting in a chain reaction of events. For the latter, a flow chart of actions was developed to help nursery managers understand the processes involved. An ethics committee was also established for the Phyto-threats project, which met periodically to review the study plans and any issues arising that might compromise stakeholder anonymity and research ethics.

The Phyto-threats project, which is now complete, identified 63 different Phytophthora species across fifteen partner nurseries. This included regulated pathogens such as P. ramorum, P. austrocedri, P. lateralis and P. rubi, as well as eleven probable new Phytophthora species records for the UK. However, due to the concurrent development of methods for sample processing and analysis, there was an extended time lag between sampling and results. So, in reality, limited statutory action was taken, although nurseries took their own actions to reduce risk upon receiving results.

The ID-PHYT project involves sampling of nurseries across eleven partner countries using the same sampling and metabarcoding detection methodology developed for the Phyto-threats project. However, all nursery water samples are also being ‘baited’ to obtain live Phytophthora cultures; the ultimate proof of the presence of a pathogen. This involves floating ‘bait’ leaves on the surface of the water sample in the laboratory, inciting any Phytophthora zoospores present in the sample to swim to their favourite leaves and infect them, allowing researchers to harvest the live Phytophthora from the leaves. So, for the ID-PHYT project, with powerful metabarcoding methods now finalised and a much shorter time lag between sampling and results, as well as with live cultures providing unquestionable proof of the viability of that pathogen, the ethical considerations of finding a nasty bug and reporting it have been on everyone’s minds. In not seeking to damage the reputation of our partner nurseries, without whom we would not be able to undertake the research, we could be tempted to ask ourselves the question;

“Should we AVOID looking for something in case we find it?”

The answer, in our opinion being;

“Considering the purpose of the research: NO! As researchers we should have an awareness of what we are likely to find and address with honesty and clarity the issues of worst-case scenario with industry partners before the study commences”

Our ID-PHYT project has started, and we will deal with ‘unwanted’ findings on a case-by-case basis, keeping true to the agreements in place at the start of the study but ensuring that the industry partner is the first to know and able to act quickly to remove the threat of that pest. That, after all, is the ultimate goal of our research.