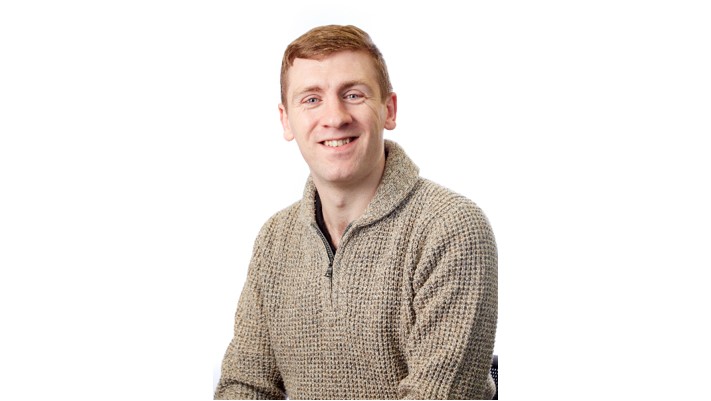 I am a mathematical biologist (a.k.a. theoretical biologist) and the Plant Health Centre’s modelling fellow. My job is to take biological questions, such as “how will a potentially invasive crop pest spread if it arrives in Scotland?” and try to provide meaningful answers and estimates by using mathematical models. I provide a modelling capacity for the Centre to support those that develop plant health policy, using my research to give the highest quality scientific advice to make the best-informed decisions that they can. Since joining the Centre, I have focussed on the threat to Scottish forestry from wood borer insects, specifically, a notorious pest of Common Ash – the Emerald Ash Borer. But before I tell you about that, how did I get here?

I have always been interested in the beauty of mathematics and how the universe is seemingly draped in its wonders. Many people are under the impression that mathematics is rigid due to the consistency of the rules which govern its use, but this does not transfer to mathematical models of universe. To create some model of reality we must include what we see in the form of observations, or experiment. Furthermore, a useful model must agree with reality – a model of gravity, say, that does not match experiment is plainly wrong, no matter how beautiful the theorist thinks it is. I find this aspect of developing models and interpreting the results against experiment and observation so fascinating. This is especially true in modelling biology since there are so many interacting factors and unknowns that mean developing a useful model is challenging. Often the data needed to develop and validate models is scarce and loaded with caveats. The most important aspect of any model development from my perspective is to engage with experimental biologists to capture the important biological factors, so that model outputs are useful and biologically meaningful. I find these aspects fascinating, but my real motivation is how I can use models to aid in policy development to benefit and mitigate the challenges faced in a changing world. It’s one thing to model an invasive pest and state a conclusion, but if you want to mitigate the negative effects then intervention is required. For instance, a model may conclude: “treat 70% of a crop for 5 years to eradicate an infestation”, but what if the farmer cannot afford to treat 70% of the crop? What if a farmer thinks that they can avoid paying if everyone around them is treating their crops? Modelling alone cannot address these issues, and it is only through engaging with other scientists and professionals, farmers, policy makers, and the wider public that tractable solutions can be developed.

Working with the Plant Health Centre allows me to contribute to the challenges we face from a plant health perspective. To me biology has always invoked plants, and my interests in using biological modelling to have an impact on society was a perfect fit. Mathematical biologists like me formulate models to provide predictions, such as ‘where a pest will be in 10 years’, known as a quantitative solution; or, to determine general insights, such as ‘Scotland will become more suitable for this pest in the future due to the changing climate’, known as a qualitative solution. The distinction is an important one when advising on policy, which is ultimately my role within the centre.

After studying for a BSc. in mathematics at the University of Strathclyde, followed by an MSc. in Applied Mathematical Sciences with Biological & Ecological Modelling at Heriot-Watt University, I went on to undertake my PhD at the University of Liverpool, researching “The role of polymorphism and life history trade-offs during range expansions”. I used mathematical models to investigate how different types within a species (think strains of a cold virus) and natural biological limits affect how species expand their range. In particular, I examined the role that dispersal and reproduction play in this process. During my PhD I secured two industrial placements: one at Applied Biomathematics Ltd., a small consultancy firm in the USA; another at Unilever. At Applied Biomathematics, I developed a dispersal algorithm for crop pests within the corn belt in the USA, with the aim of providing software to help farmers manage their corn harvests in the face of pests with growing insecticide resistance. At Unilever I statistically analysed experimental results from microbes within washing machines. The purpose of the research was to determine which bacterial populations contribute to malodour within the machines. This may sound like it is distant from my work at the Plant Health Centre, but the modelling techniques and way in which problems are tackled are very similar.

Since joining the Centre, I have focussed on the threat to Scottish forestry from wood borer insects, specifically, a notorious pest of Common Ash – the Emerald Ash Borer. Wood borer insects are mostly beetles that bore underneath the bark of a tree to lay their eggs. When the eggs hatch into larvae they feast on the sap-transporting wood underneath called phloem. Upon reaching maturity the larvae conduct metamorphosis into their adult beetle form and break free from their tree nurseries to breed and continue the life cycle. It is the larvae that cause problems for forestry and the tree they infest.

To better understand how we can model wood borer attacks and their consequences, I conducted a review of the mathematical modelling literature to determine how the dynamics of these insects are modelled. From this I was able to identify the different methods to model wood borer outbreaks, what data is required to model them, the different focuses of research on the impacts of wood borer attack, and where the research is limited. Taking the time to review the scientific literature is an important cornerstone in the research process by finding out what other researchers have uncovered before you.

Through this review I was able to identify modelling methods to assess the threat to Scotland’s Ash from the Emerald Ash Borer. This particular pest has caused an estimated USD$10-12 million worth of damage in the USA over the course of 2010-2020. It was first detected in the state of Michigan in 2002 and has spread as far south as Texas, all the way to the east coast, north into Canada, and isolated cases in Colorado. It is native to Eastern Asia where it is not considered a pest since its Ash hosts have coevolved defences alongside the borer. However, the Ash within the USA has no natural defences and has been susceptible to sustained attacks that often prove fatal for the Ash tree. The native Common Ash in Scotland, similarly, has no defences to Emerald Ash Borer, so the alert level for this would-be invader is high – especially since it was discovered in Moscow, Russia, which is much closer than the USA or East Asia.

I have been attempting to determine if Emerald Ash Borer can viably persist in Scotland, which is a difficult task considering that there is no data about it here in Scotland. To address this issue, I have been working to determine if the climate of Scotland is suitable for Emerald Ash Borer based on the other locations where it is present (North America, East Asia, European Russia) and the associated climate there. This is the only approach open to us currently since it has not yet arrived. We must therefore be careful with our interpretations, especially since we will be providing the Scottish Government with advice about mitigation of Emerald Ash Borer. By providing guidance on the climatic suitability of Emerald Ash Borer for Scotland we are addressing two of the key principles to minimise plant health risks in Scotland: plan now for future challenges; and embed plant health in policies and practices.

We are continuing to develop more effective models for investigating spread of pest species more generally, as opposed to tackling each pest individually. There are so many potential pests that it is impossible to account for them all. However, if we can identify what is common among invading pests then we can develop a toolkit that can address a wide range of pest problems. Creating general models to use on any invading species or disease is a huge challenge due to each pest/disease interacting differently with our local fauna and climate. I really think that tackling problems in this way is a priority since invasions by novel pathogens and pests is predicted to increase in the future. We can then use these models to test potential threats so that we can best preserve Scotland from potentially destructive pests.