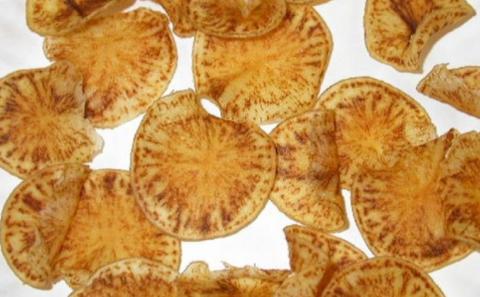 A new consortium named “CaLiber” has assembled to research the bacterial plant pathogen ‘Candidatus Liberibacter solanacearum’, its insect vectors, and their potential impact on UK crops. These organisms are considered an emerging threat to agriculture in the UK and are included in the Defra Plant Health Risk Register. The CaLiber consortium have secured a £2.3M research grant funded by the Biotechnology and Biological Sciences Research Council (BBSRC) as part of the Bacterial Plant Disease Program and consists of researchers from FERA, SASA, John Innes Centre, Newcastle University, Rothamsted Research, and University of Strathclyde.

The proteobacterium ‘Candidatus Liberibacter solanacearum’ (Lso) is associated with disease in a range of crops, most notably potato, tomato, carrot and celery. Lso is vectored by insects known as “jumping plant-lice” or “psyllids”. The most damaging psyllid species is Bactericera cockerelli (tomato-potato psyllid), which is associated with damage to Solanaceous crops (often referred to as “Zebra Chip” in potato) in North and Central America, New-Zealand and now South America. Both the vector and the type of Lso responsible for Zebra Chip are considered A1 quarantine pests and are not currently present in any part of Europe. In Europe, psyllids are responsible for transmitting Lso to Apiaceous crops such as carrot and can cause large economic losses. The main species responsible are Bactericera trigonica and Trioza apicalis (carrot psyllid). Introductions of any of these pest species into the UK would be disastrous for the potato and/or carrot industry.

Previous work at SASA funded by RESAS, the Plant Health Centre for Scotland (PHC), Euphresco and EU Horizon 2020 identified a potential risk of Lso to UK crops due to the discovery of Lso in psyllids, cultivated crops and weed plants in Scotland. However, little is understood about the impact of these psyllids and the different genetic types of Lso they carry. Transmission studies performed at SASA as part of a previous PHC funded project suggest that these psyllids are able to feed and reproduce on carrot, and more importantly can transmit Lso. Lso was found for the first time in cultivated carrot in the UK and novel genetic types of Lso were found in psyllid species previous unknown to harbour Lso. This work was recently published in Scientific Reports www.nature.com/articles/s41598-020-73382-9. This raises further concerns regarding the impact of these psyllids and Lso on UK crops. The CaLiber consortium aims to build on previous studies, advancing our knowledge of Lso and how it interacts with its insect and plant hosts in the UK and expanding our understanding of its effects on cultivated crops and the wider environment. We aim to:

This funding gives us the opportunity to continue to explore the role of Lso in its natural environment and in situations where outbreaks occur due to introduction of insect vectors, changes in agricultural practices, or changes in insect vector behaviour due to biotic or abiotic factors. We know that novel plant pathogens are emerging at a faster rate than ever, and this research will give us important insight into why that might be. This cross-discipline approach will enable us to model the risk of Lso outbreak in UK crops, assess the most-likely pathways for which this might occur and attempt to answer the question: “What are the drivers that distinguish damaging pests from benign organisms?”. We hope to develop tools and understanding to help manage this disease and prevent outbreaks in the UK to protect carrot and potato growing industries.

Find out more about the project at: https://www.bacterialplantdiseases.uk/caliber.html