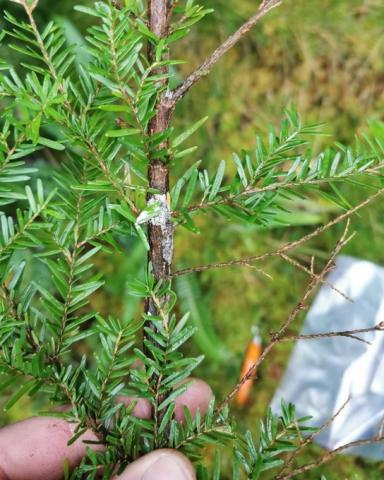 Scottish Forestry have announced that, as a result of research which showed that the risk of Phytophthora pluvialis spreading via timber material is low, restrictions on the felling and movement of timber from demarcated areas in Scotland affected by the tree disease will be lifted as of 24th January 2023.

Timber felling and movement restrictions were introduced in December 2021 as a precaution following the first discovery of P. pluvialis in Scotland.

Statutory Plant Health Notices will remain in place at confirmed infection sites and will continue to be used where any new outbreaks of P. pluvialis are detected - there are currently two demarcated areas in Scotland: in Wester Ross and Argyll, with a third to be introduced on the Isle of Bute on 24th January.

Similar restrictions in England were also recently lifted by the Forestry Commission.