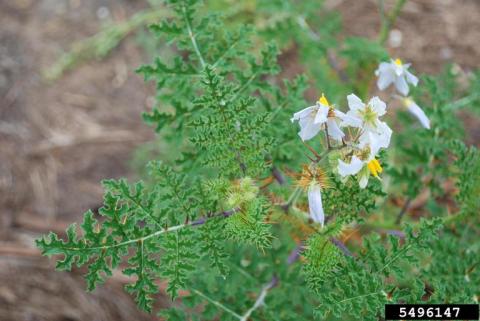 Sticky nightshade (Solanum sisymbriifolium) was introduced to Europe from South America as an ornamental plant, and while it is considered a noxious weed in the Mediterranean region there has been recent interest in developing it as a 'trap crop' for potato cyst nematode.

However, Fera have reported that testing of S. sisymbriifolium seed found Potato spindle tuber viroid (PSTVd) in several samples, which indicates that sticky nightshade is a natural host of PSTVd. They conclude that "Given the increased interest in the use of S. sisymbriifolium as a trap crop for PCN management in potato rotations, the role of this crop as a host of PSTVd and the risk of seed transmission and transmission via roots should be further investigated".