Plant diseases are a natural feature of ecosystems where their effects help structure communities and can actually help support biodiversity.  However, sometimes diseases can be overwhelming and fatally damaging, causing real declines of a species. Two good examples of this in trees and forests are Dutch Elm Disease, which caused the loss of millions of elm trees in the UK, and Chestnut Blight, which virtually wiped out American chestnuts in the USA.

Plants within natural habitats in Scotland have mostly evolved alongside their native diseases and so the degree of damage caused is limited. However, due to the shipping of plant material around the world, foreign and invasive disease-causing organisms are increasingly coming into contact with naïve hosts with resulting outbreaks of damaging  disease epidemics. This is made worse by global warming and the resulting climate change, causing stress to plants and weakening their natural defences.

Here we aim to assist those who work in the natural environment to identify diseases and to decide if they are part of Scotland's natural habitat or alternatively, are caused by invasive and possibly notifiable threat organisms. A notifiable organism or disease is any organism (or the suite of problems it causes) that is required by law to be reported to government authorities and you are legally obliged to report it.

We signpost reliable sources of information available elsewhere, and provide general recommendations for disease prevention and control. The emphasis is on plants growing naturally in Scotland and on key species that dominate habitats, such as trees and shrubs. Information will be updated on an annual basis.

Disease causing organisms include fungi, bacteria and viruses, and also insect pests and nematodes. View a list of high priority threats to Scottish native plants alphabetically, or sort by plant or habitat type. 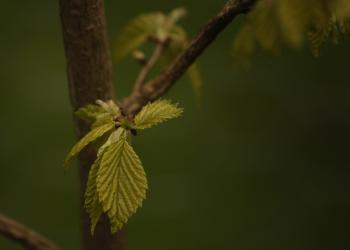 The best approach to disease management is to avoid the introduction of a disease, to contain any outbreaks and to prevent movement of disease-causing organisms. Implementing careful biosecurity measures can reduce the risk of the introduction and spread of diseases. However, where there is evidence of disease this requires action to diagnose the causal organism, to implement control measures where possible and to report notifiable diseases when encountered.

View a curated list of plant health institutions, newsletters and other resources.