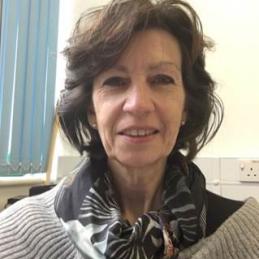 Sarah Gurr studied at Imperial College of Science, Technology and Medicine (BSc, ARCS, DIC and PhD), where she was awarded The Huxley Medal for her outstanding record of achievement.  She was a post-doctoral Fellow at St Andrews University and then held an independent Royal Society University Research Fellowship in Molecular Plant Pathology. She was appointed, firstly as Lecturer, then Reader and Professor at Oxford (and Fellow of Somerville College), where she held a Leverhulme Trust Royal Society Senior Research and a NESTA Fellowship. Sarah was appointed to the Chair in Food Security, at Exeter University in 2013. She has been Head of School for the past 2 years. She was formerly President of The British Society of Plant Pathology and currently sits on BBSRC Council (until 2018). Sarah holds the Donder's Chair (Honorary) at Utrecht University, 2016-2017 and was awarded the President’s medal by BMS in 2018.