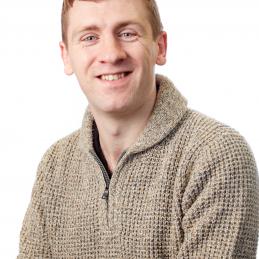 Forestry, Horticulture, Agriculture, Environment
Impact of climate change on the spread of pests and diseases in Scotland
Project Lead: Adam Kleczkowski
The movement of plant pests and pathogens into Scotland in likely to increase in the coming years, e.g. due to changes in trade, potentially increasing from outside Europe following Brexit, while their spread and severity could be affected by climate change (both positively and negatively). It is therefore vital that we understand the role of climate on the impacts of such pests and diseases across the whole of Scotland, in relation to the distribution of plant hosts, allowing us to target potential control options on the main threats. To allow plant health professionals and others to assess such impacts in as straight forward a way as possible, web- / desktop-based tools are needed that offer quick and easy access to complex computer models. These models should be as comprehensive as possible, allowing new information on pests, pathogens and their hosts to be added as it becomes available.

Impact: Easily accessible tool for PHC and government plant health officials to assess possible impacts of climate on pests and pathogens in Scotland.

Assessment of suitability for EAB invasion for Scotland and the UK

Emerald Ash Borer (EAB) has become a significant threat to ash trees in several countries (including USA and Russia) but is not yet present in the UK. We quantified climate and ecological factors affecting EAB suitability using native range data and conclude that southern England is a highly suitable habitat for EAB. Although currently less favourable, we project that Scotland will become increasingly suitable for EAB under climate change. Thus, EAB could threaten Scotland via trade with areas where it is present or, through spread from populations if established in England or Western Europe. Rapid spread of EAB has been observed in its US invasion. We therefore recommend further study and vigilance against EAB introductions into the UK.

Impact:  A web/desktop application is available to the PHC and Scottish Government to analyse the effects of climate change on the spread and economic impact of new threats.

This project investigated whether modelling could aid preparation for a potential bark beetle and wood borer invasion of Scotland. This was achieved by: (i) reviewing suitability of modelling results and frameworks in literature; (ii) recommendations on how these could be rapidly adapted for Scottish and UK plant health context and (iii) case study on Emerald ash borer to exemplify approach.